Isabelle Wellauer is a wife, a mother to 3, a licensed massage therapist, a holistic nutrition coach and a yoga instructor of 23 years. It’s safe to say that she wears many inspiring hats, but one of the more anonymous roles in Isabelle’s life is the one that she plays within her church- and it is as profound as it is inspiring to the Johnston team, so we decided to share it with you!

Isabelle and her family have been attending Grace Chapel of Skaneateles, NY for 10 years. Grace Chapel is the co-founder of the Hope Outreach Center, a Missions Ministry in Nagaland, India. Formed in partnership between Grace Chapel and a missionary who lived in Nagaland, the Hope Outreach center reaches out to the poor children of the region. These children have an opportunity to receive an education that gives them hope for the future, and that opportunity is provided by the Outreach Center. They receive tutoring provided by locals of the community at no cost to their families, something to eat after their tutoring sessions, and once a month, the Outreach Center provides lunch for the entire community. (Source: www.gconline.org) 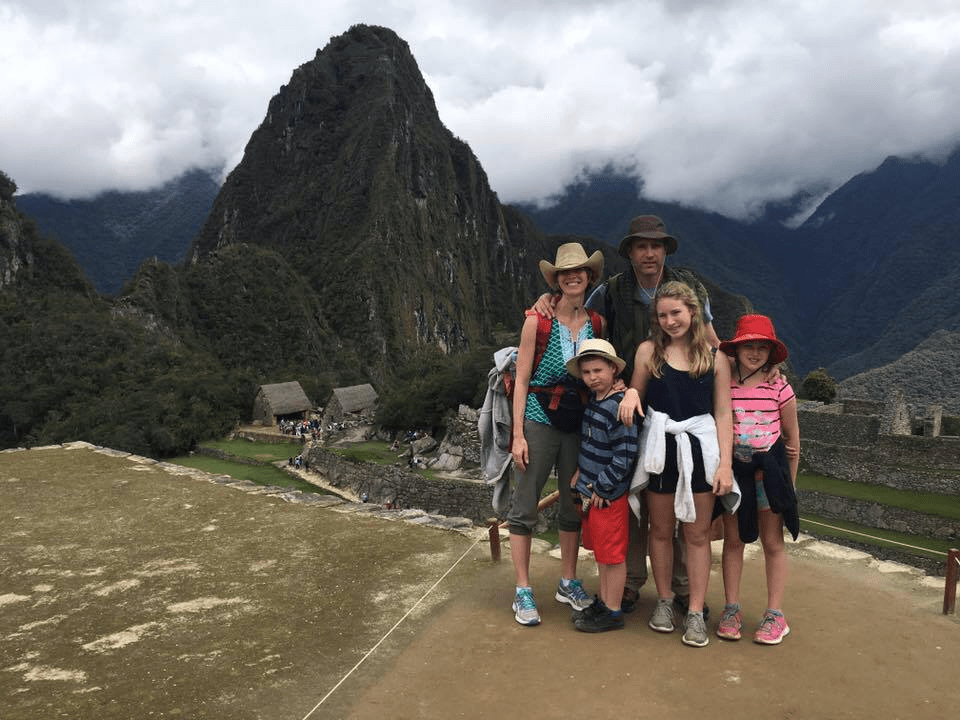 If you’d like to make a donation to the Hope Outreach Center, checks can be made payable to Grace Chapel. Checks can be dropped off or mailed to Grace Chapel,1674 US-2O, Skaneateles, NY 13152 *Please note “HOC” in memo area of check

One special Sunday morning service, when the pastor of Grace Chapel announced that it was “time to send a group of people to India”, before he asked for any volunteers from the crowd to raise their hands, Isabelle stood up out of her seated position. “My husband started tugging at me to sit back down”, said Wellauer, “but once he realized that I was going, I think he just said, ‘Well if you’re going, I’m going with you.’“

Although the Hope Outreach Center is a Christian Mission, upon interviewing for this piece, Isabelle was very clear with me that not all of the children within this beautiful community are Christians, and they don’t have to be. “The idea of the Hope Outreach Center is to break the cycle of poverty through a continuing education approach. Christians, Muslims, non-believers- everyone is given the opportunity to take advantage of the program, and that’s very important to me.”

So in November 2016, Isabelle, accompanied by her husband, Michael, and two children, Chloe (10) and Michael [Jr.](7), set off to Nagaland, India for two weeks in length; two and a half days of travel each way, and 8 days of their feet on the ground, “Not long enough!”, according to Isabelle.

Initially, their trip was set to be a missions trip with Grace Chapel to build desks and benches for the Hope Outreach Center School, as well as to deliver some much-needed medical supplies. The team’s intent of the mission trip was fulfilled, and as members of the Grace Chapel community who went on this trip found themselves profoundly affected by the love that they felt towards the children of Nagaland, their hopes and goals quickly shifted into bigger and better objectives, and Michael and Isabelle soon found themselves moved to take on new responsibilities in their lives. “The experience that we had there completely took us off of our intended path and catapulted us into a different direction. We have since been asked by our church to take over the administration of the center, which we will do from here on out by making annual visits.”

Now that the group is aware that they can do difficult things through their labors of love, team work, donations and determination, Grace Chapel is gathering funds and planning to build an additional well for the community in the near future, but that’s not all.

One of the most vital structures in the Hope Outreach Center’s community is a building that needs an ample amount of work. The community intends this building to be a safe place for these children to learn, to play and to build a greater sense of community and self-worth. The challenge is that it needs to be done prior to the arrival of India’s monsoon season, which is fast approaching.

The first projects of the building construction will consist of:

Future projects are hopeful to include: 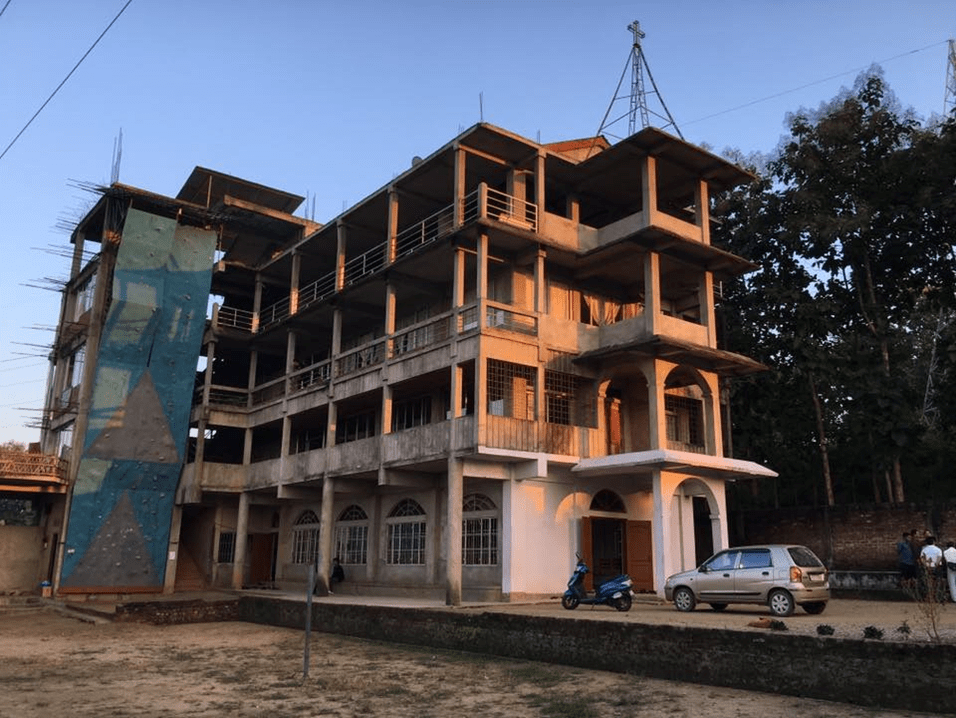 Putting Yoga for HOPE on the Map

It’s no secret that Isabelle is always mindful of how to help others: “I realized after my experience in Nagaland that most of what I have, I don’t really need, so I just want to give that to all of them”. Isabelle was already scheduled to teach her third Yoga series, as part of Johnston’s Healthy Living Program this winter season, so she knew just what she would do with this time and money; and that was to make an offering out of the funds made (or rather donated) to the children that she loves and who need so deeply. So came about “Yoga for HOPE”.

Isabelle wishes to remain unrecognized for these contributions via the Yoga series at Johsnton as well as all of the gracious work that she has done and will continue to do. She states, “I feel conviction in my heart to focus on mission work because I want to show the love that God has for all of his creation. It is by him and through him that I feel moved to help. Pouring Gods love into others is why I am here. It’s my purpose in life.” Johnston is happy to honor this by disclaiming that the intent of this article is to spread awareness and to encourage donations, solely for the benefit of the children in the Nagaland community. 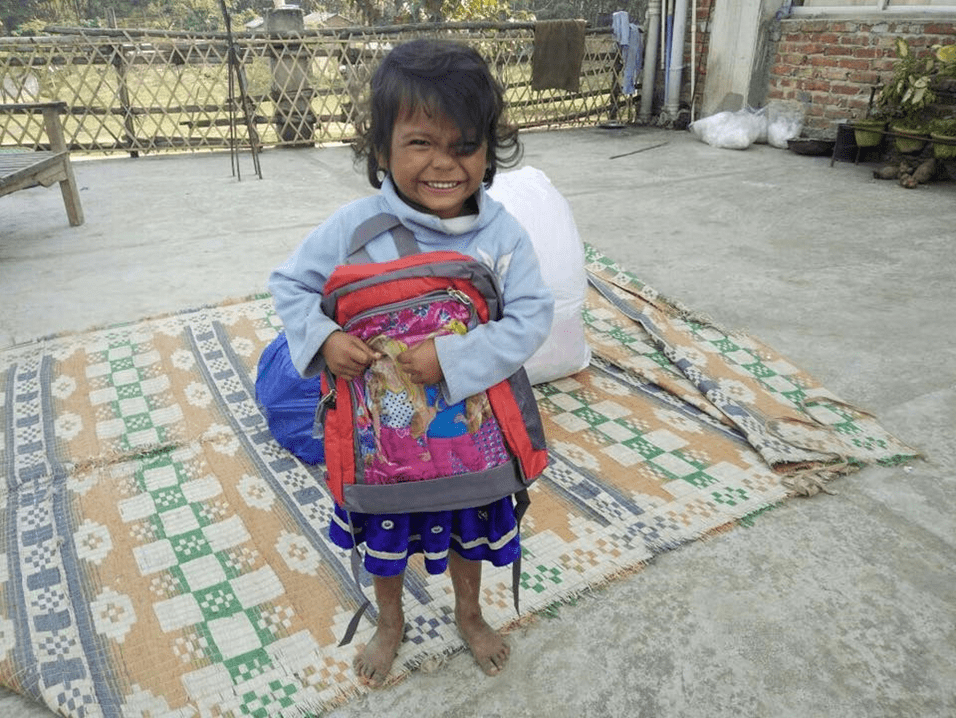 “Even the smallest of sacrifices on our behalf can move mountains for others.”

Every dollar that is given for the series “Yoga for HOPE” is donated directly to the children at the Hope Outreach Center, but more importantly goes toward their education and the opportunity to break the cycle of poverty in their region. There are no administrative fees. There are no wiring fees. Every, single, dollar earned through Isabelle’s teachings is donated to the futures of these beautiful children, and every single dollar goes a long way, as one United States Dollar equals  67.08 Indian Rupees today. Furthermore, Isabelle and Michael have agreed to match up to $1,000.00 in donations made through Yoga for HOPE and have had two others come forward offering to match that donation as well, but wish to remain anonymous.

The series has consisted of 4 classes with only one remaining, but there is still time, will and ways to make the goal of Yoga for HOPE more successful and to give more people the opportunity to practice random acts of kindness that have a worldly impact.

Here are the inspiring titles for the Yoga for HOPE series:

If you’d like to be a part of this wonderful cause, the last class will be held at Johnston on Wednesday March 1st at 5:15pm until 6:15pm. You and your friends can drop in for $10, but additional donations are accepted and also extremely appreciated.

If you’re unable to make the class, or if you’d like donate more to the Hope Outreach Center’s endeavors, please do so by making checks payable to Grace Chapel, so that we can ensure every cent ends up where it intends to be.

The Path to a Food Safety Culture
Scroll to top