This is What Made Doctors Wash Their Hands

According to a study of the effort, the images showed bacterial growth on items like unused gloves, doorknobs, a nurse station mouse, health-care workers’ hands, a mobile phone and an ultrasound machine.

“Hand hygiene is one of the most important ways to prevent the spread of infection, and yet it can be one of the most difficult benchmarks to improve,” said Susan Dolan, president of the Association for Professionals in Infection Control and Epidemiology. The study is being presented at the association’s annual conference.

Inspired by a 2014 study that found emotional motivators more effective than traditional messaging, this study aimed to evoke the feeling of disgust in health-care personnel. The images were tested multiple times over two months in four hospital units with the lowest rates of hand hygiene compliance.

After the images were shared, observations showed that every unit experienced at least an 11% increase in hand-washing, and one unit improved by nearly 50%.

Health-care providers practice hand hygiene less than half as much as they should, according to the U.S. Centers for Disease Control and Prevention. Proper hand-washing helps reduce the spread of infections, such as the common cold, and helps battle the rise in antibiotic resistance.

“Hospital staff wanted to wash their hands after looking at the book and picturing similar contamination on their own skin,” said Ashley Gregory, an infection prevention specialist who co-led the project.

Many health-care workers do not wash their hands nearly as often as they should, but one Detroit hospital may have found a way to improve hand hygiene. The infection team at the Henry Ford Health System found that hand-washing rates improved after hospital staff members were shown images of millions of bacteria found on common surfaces. 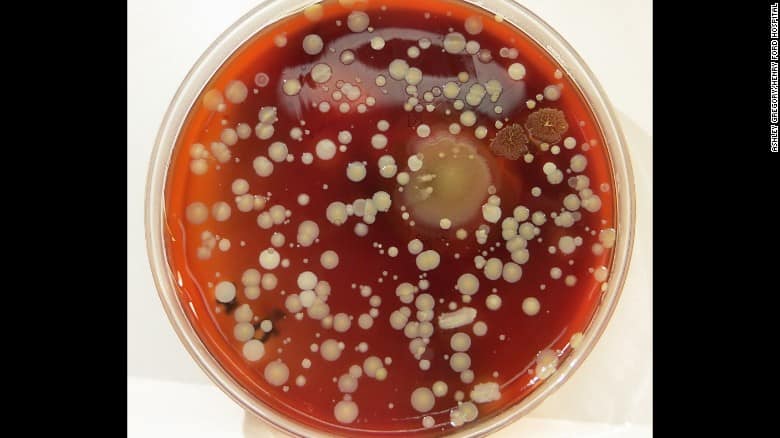