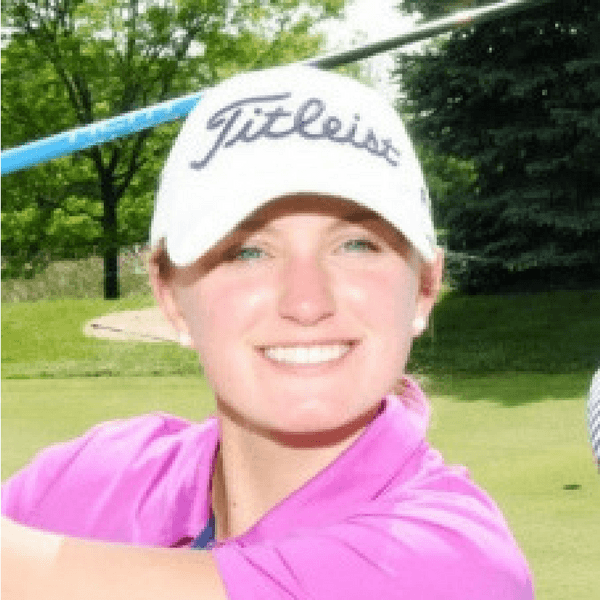 Lindsay May birdied four out of the next seven holes and kept her game consistent through the back nine to card a 70.

May is the first girls golfer to win the state title three times, and her 140 set a new record for the lowest score in the state tournament. “It’s exciting because it was a tense day,” May said. “It was neck and neck until the 13th or 14th hole.”

May shot a 70 Saturday and began the final round one stroke behind Peter, and the early bogeys only put her further behind. While Peter continued to par most of the holes, May elevated her game with a series of birdies and took the lead by the eighth hole.

“My drives were fine on those holes, but my approach shots weren’t where I wanted … I just needed to get those out of the way,” May said of the bogeys. “Once I did I was fine. I hit a couple birdies and once I was on the back nine I was fine.”

May shocked many by pulling out a win at states as an eighth-grader. Last year she shot a course record score of 4-under 68 on the first day at The College Golf Course at Delhi and finished with a 143 to win her second title. Now she has another trophy to add to the growing collection. “It’s definitely exciting,” May said. “I’ve felt it in the past few years, but this year was the most exciting.” 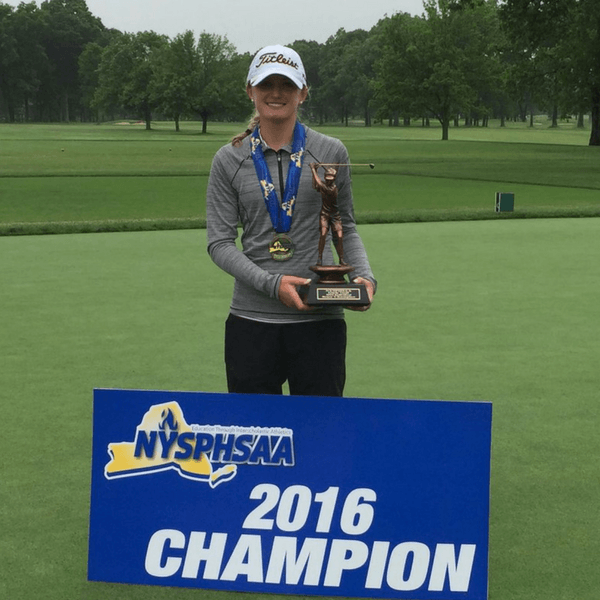 Johnston’s Annual Make A Wish Golf Tournament Was A Hole In One!
Scroll to top