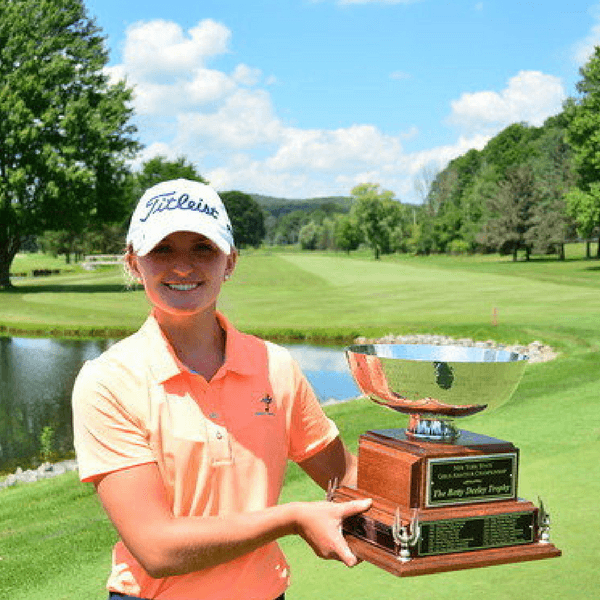 Coming off a personal-best 5-under-par 67 Tuesday during the first round, May was never seriously challenged as she finished with a 1-over 73 for a two-day total of 140. Miano (75-73) finished at 148.

May, who has won three New York State High School titles, carded eight birdies and three bogeys during her impressive first round. She birdied five of her final eight holes.

On July 18, May played on the national stage at the U.S. Girls’ Junior Amateur at Ridgewood Country Club in New Jersey. The 64 players after two rounds of stroke play advanced to match play. May finished